by Jackie Fitzgerald with J. Thomas

Journalists are expected to report facts. They should also take on the ethical responsibility to use their articles to make our society smarter and safer.

Unfortunately, when it comes to dog attacks, it seems that some journalists rely primarily on sensationalism and stereotype. They are not teaching us about the reasons behind dog attacks, nor are we learning how to properly manage dogs or protect ourselves from dogs.

This page is meant to discuss the ways in which some news media has strayed off the path of ethical, unbiased journalism, as well as to make suggestions to journalists who are interested in writing a helpful, ethical, unbiased article about a dog attack.

It seems that almost everyday we hear about dogs attacking someone.  More often than not, the dogs are described as “pit bulls.”  But are they?  Is the media warping the story for a more sensational article?

How breed influences description of injuries

When it comes to pit bull and Rottweiler bites, breed is always prominently displayed in the headline.  Not so with other breeds.  In fact, supposed breed often causes reporters to exaggerate injuries!

For example, on February 5, 2009, a pit bull mix was reported to have attacked students on a school bus by the Columbus Dispatch.  However, if one reads further, the article states that two students were “nipped” and “scratched.”  Hardly a pit bull attack.

When WZZM13 reported the incident, the article stated that the attacking dog was a pit bull and had “lunged” and “attacked” students on a bus.  But according to a victim, TJ Tuttle, the dog just nipped him.  The picture of TJ, supposedly after the attack, shows little to no injuries on the boy’s face.  All that is evident is a possible black eye.

Another news station reported the same episode, again using aggressive adjectives such as “attacked” and
“lunged.”  In this article, however, the dog is described as an Australian Cattle Dog–pit bull cross.  Towards the middle of the article, it is revealed that the dog caused “superficial bites and scratches.”

In another article by WTHITV, the incident is described as a bizarre occurrence that resulted in minor injuries.  The dog’s breed, which is described as an Australian Cattle Dog with a little bit of pit bull in him, isn’t mentioned until the last paragraph.

The first three articles mentioned are biased and inaccurate.  Sensational words are used to exaggerate injuries and focus on the breed of dog.  Notice how the injuries are reported in relation to breed.  The “pit bull” attacks the students, while the Australian Cattle Dog mix just scratches them.

This incident is hardly newsworthy.  A dog jumping up and nipping a child in no way qualifies as an attack.

Most dog bite or attack reports include the supposed breed of the offending dog.  However, very few individuals can accurately determine the breed or mix of breeds in a dog.  Media journalists are certainly not qualified to identify a dog’s breed, and neither are most citizens.   If the journalist asks the victim of the attack what the breed of dog was, it is highly unlikely that they will get a correct answer.   Thanks to sensationalized media reports regarding “pit bulls” and the myths surrounding these types of dogs, victims may be prompted to label the attacking dog a “pit bull” or a “pit bull mix” if the dog isn’t obviously of another breed, such as a Golden Retriever or a German Shepherd.

The owners of dogs rarely know their dogs’ breeds either, unless the dog is papered and registered to a kennel club.  Animal Control officers are yet another possible source of inaccurate breed identification.  There is no requirement to accurately ID a dog’s breed to work for animal control, although animal control officers and shelter workers may be a bit more accurate than your average citizen when it comes to guessing a dog’s breed. [Ed note: A recent study has shown that animal control employees, shelter workers, and veterinarians are only able to correctly guess a dog’s primary breed in about 25% of cases.]

Time and time again, dogs are reported to be a specific breed after an attack, even though they are obviously not.

National Canine Research Council (NCRC) has documented several instances where dogs involved in fatal attacks were labeled as “pit bulls,” even though the dogs showed no resemblance to any pit bull-type breed: 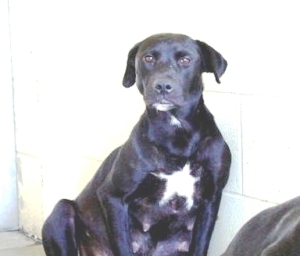 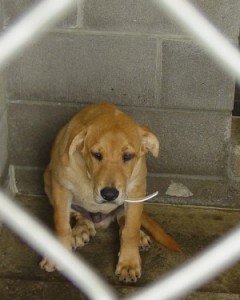 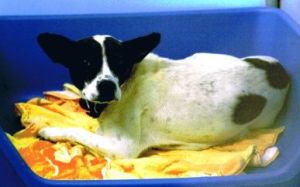 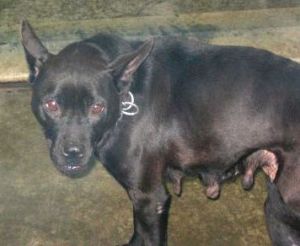 In the end, breed isn’t relevant to the story.  It is not a dog’s coat type or its skull shape that makes it dangerous.  Dog bites and attacks occur because of individual behavior.  All animals’ behavior stems from a complex interplay between environment and genetics.

Instead of attempting to identify a dog’s breed, journalists should research what environment caused the dog to attack.  Was the dog abused, neglected, trained, or socialized? In a dog attack, these factors play a larger role than breed. Breed identification is not only difficult to perform, it is ultimately unnecessary.

What was it that made Justin Clinton’s death so much more significant than Barbara Chambers’s or Dustin Faulkner’s? Was it his age, or the manner in which the dogs approached, or the fact that he was riding his skateboard at the time of attack? Or was it that the dogs that killed him had short fur and boxy heads?

Sensationalized reports of dog attacks mislead the public and do not increase public safety or awareness.

When only attacks involving certain breeds are published, society becomes ignorant of the fact that any dog can be dangerous, not just pit bulls and Rottweilers.

NCRC has documented media bias involving dog attacks for over three years.  Dog attacks involving “dangerous” breeds are always reported by major news organizations, while attacks perpetrated by “safe” breeds are often only picked up by one or two local media sources.

Dog attack articles often include graphic descriptions of attacks, using words such as “ripped,” “mauled,” “tore,” etc.  However, considering the rarity of serious dog attacks, most dog bites do not actually result in such injuries.

For example, on May 27, 2008, the Tribune Chronicle reported that a six-year-old boy had been mauled, attacked, and had his bones crushed and his skin torn away by a “pit bull.”  However, the boy was released from the hospital mere hours after the attack.

Surely if the child had experienced such horrific injuries he would have been kept at least overnight.

It is tragic that the boy was attacked by his father’s dog, but he did not have a blood-gushing, flesh-ripping experience as the media reported.

Unbiased dog attack articles should have accurate details on injuries sustained, and not use exaggerated, melodramatic terminology.

Many media outlets have stated completely unfounded myths as truth.  On April 28, 2008, CBS42 News reported that “Pit Bull[s] [exert] 2200 lbs of pressure per square inch.”  This is a ridiculous statement, as it would require “pit bulls” to exert more bite pressure than tigers, lions, wolfs, and jaguars!  See Myth.

Give non-breed-related reasons for attack

Dogs simply do not bite without reason.  Just because a dog “looks like” a “pit bull” doesn’t mean that was the reason for it to bite.  Breed does not cause aggression, because aggression is a behavior, and behavior cannot exist without environment.

See Myth, subtitle ‘What is Aggression?’

Journalists should research the function of the dog in question.  Was it a “family dog” or a “resident dog”?  A “resident dog,” as outlined by NCRC, is a dog that lives outdoors, on a chain, in a kennel or run, or in a yard, and/or was acquired to be used for guarding, protection, fighting, or as a breeding machine.

Resident dogs are not family pets, and therefore cannot be expected to behave in a socially acceptable manner.

A “family dog,” again outlined by NCRC, is a dog that resides inside a house with its owners, is given proper care on a regular basis, and is given ample opportunity for positive and humane interactions with people.

Dogs obtained for negative reasons are often mismanaged and give a possible reason for the aggression displayed.  When dogs are allowed and/or encouraged to behave aggressively, their owner is failing them by not providing proper management.

Control, or lack of control, of the dog is another factor journalists should look into for an article.  Was the dog unsupervised at the time of attack?  Was it chained or running loose?  Was it left unsupervised with a child or infant?

Such instances can give a very clear indicator as to why an attack occurred.

Young children are often unintentionally cruel to animals, and to leave one alone with a dog is very unwise and irresponsible.

In 2001, a Pomeranian killed a six week-old infant after being left unattended with her while the baby’s parent went to warm a bottle of milk.

Such a terrible incident could have been completely avoided if the dog hadn’t been left alone with the child.

Give ways to prevent future attacks

Socially responsible, ethical journalists should always provide ways to protect oneself from aggressive dogs in articles on dog attacks.

Information on canine aggression and its causes should always be provided, as well as ways to prevent an attack if one meets an aggressive dog.

Education on dog attacks and their prevention should be a main feature of an article on a dog attack.

The site DogGoneSafe.com and its daughter program Be-A-Tree.com have bountiful information on dog bite prevention and techniques for children if they encounter a dangerous or potentially dangerous canine (ie. a loose dog).

Journalists have an ethical responsibility not only to provide factual information in their articles but to help prevent tragedies like the ones they report on.

One response to “Writing an Unbiased Article”